At an Arctic warming conference in Copenhagen, scientists were told to use plain language to explain the dramatic melt in the region to a world reluctant to take action against climate change. 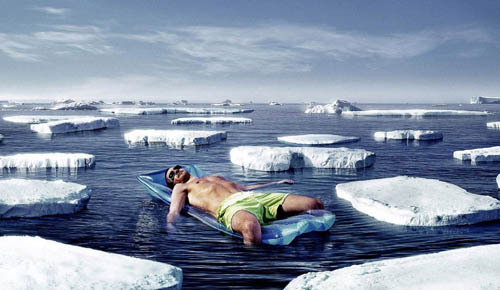 An authoritative report released at the meeting of 400 scientists showed melting ice in the Arctic might help raise global sea levels by as much as 5 feet this century.

The Arctic has been warming twice the pace of the global average in recent decades, and the latest five-year period is the warmest since measurements began in the 19th century.

The report stressed “the need for greater urgency” in combating global warming. However, nations remain bogged down in their two-decade-long talks on reducing emissions of carbon dioxide and other greenhouse gases.

The World Bank’s special envoy for climate change, Andrew Steer, insisted that the new findings “are a cause for great concern.” The sea rise will affect millions of people in both poor and rich countries, though, would particularly affect the poor.

Steer said bank studies portrayed the costs of major flooding events on infrastructure and the economy could run into billions of dollars.