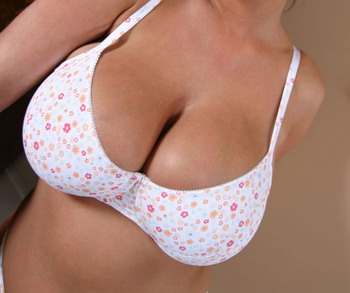 Today’s modern mother, who divides her time between pursuing her career goals as well as taking care of her family, often regards breast feeding as something out of the archaic past. Many women in today’s society, do not even have their own mothers to turn to on this subject, as even their mother, if not grandmother, has not breastfed any of her children. Clinical studies on the subject of breast feeding are making new ‘discoveries’ on the subject yearly, and are concluding that not only is nursing more healthful and crucial to a child’s physical development, but very important psychologically as well.

Working mothers especially are faced with the ‘dilemma’ of breastfeeding baby once they return to work after maternity leave, which can be anywhere from 3 to 6 months after giving birth. Most workplaces are simply not suited for Mom to bring baby along and feed him or her during the work day. This problem has been more difficult in America than in Israel, where mothers are allowed to leave work early to go home to take care of such matters. Some companies, especially high tech ones who appreciate the contribution that the working mother is giving to the company, provide special sections within the premises for not only breastfeeding, but caring of small children who are cared for by hired nannies while Mom is at her work station.

Relating back to studies made on the benefits of breastfeeding over using formulas such as Similac and other preparations based on cow’s milk and an array of vitamins and minerals, it has been found that the natural vitamins and other substances in mothers’ milk far surpass any commercially made baby formula produced to date. The horrific results of the 2003 ‘baby formula tragedy’ which occurred in Israel, that left 3 infants dead and more than a dozen others incapacitated for life, clearly indicates the results of relying on these preparations instead of what comes naturally. In this instance, the product known as Remedia, lacked the B1 vitamin, or thiamin, which is essential to a baby’s nervous system development. The product, especially manufactured for use for orthodox Jewish mothers, due to complying with strict laws of Kashrus, did not contain milk solids at all; not to mention the omission of the B1 vitamin additive. Mother’s milk has been found to contain the perfect ‘balance’ of fats, nutrients and essential vitamins necessary for a child’s development. While it is true that some babies are either allergic to or cannot digest preparations containing lactose, this problem is much less prevalent with mother’s milk.

Israeli women who either do not have enough of their own milk or for some reason cannot produce their own (known as ‘dry up’) can obtain frozen mothers milk by consulting either their own pediatrician, or by consulting organizations such as the local equivalent of the La Leche League, as well as the “Tipat Halav” (mother and child clinic) in their own Kupat Holim Sick Fund.

Despite everything, including all the stories of all those insecticides, food additives, and even tar and nicotine from cigarettes finding their way into human milk, the benefits of breastfeeding far outweigh the inconveniences and other problems connected to this truly natural way of giving one’s precious baby a good “head start” in life. Regarding cigarettes, its much better not to smoke at all; whether one is breast feeding or not!