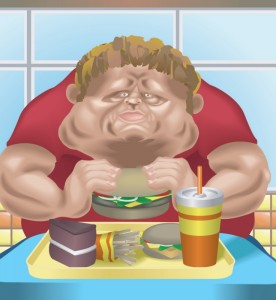 One aspect of the health care bill taking immediate effect is that chain restaurants will now be required to display nutrition information. What we are witnessing could well make a seismic shift in the changing of the food landscape of America.

More than 200,000 fast food and other chain restaurants will have to include calorie counts on menus, menu boards and even drive-throughs.

The new law, which applies to any restaurant with 20 or more locations, directs the Food and Drug Administration to create a new national standard for menu labeling, superseding a growing number of state and city laws. President Barack Obama signed the health care legislation Tuesday.

The idea is to make sure that customers process the calorie information as they are ordering. Many restaurants currently post nutritional information in a hallway, on a hamburger wrapper or on their Web site. The new law will make calories immediately available for most items.

So how will this change be manifested to the American food system?

Americans’ appetite for cheap and processed foods and factory-farmed meat impacts everything from carbon emissions to water quality to pesticide and farms’ use of antibiotics.

The Oscar-nominated documentary “Food, Inc.” had a huge effect on informing people about the problems in the industrial food system. Oprah brought author and food expert Michael Pollan on her show to discuss the documentary, which she called “thought-provoking” and “eye-opening”. Michael Pollan also made appearances on The Daily Show and told Jon Stewart in January that he thought the passage of health care reform would have a large impact on changing the way people eat, because health insurers would have a financial motive to keep people away from eating unhealthy foods that will cause long-term health problems.

Michelle Obama has also become a public spokeswoman of increasing access to real food, gardening and fighting childhood obesity with her Let’s Move campaign. Last week she spoke to the Grocery Manufacturers Association about completely reassessing the ‘junk’ food which they sell:

“We need you not to just tweak around the edges but entirely rethink the products you are offering, the information that you provide about these products, and how you market those products to our children.”