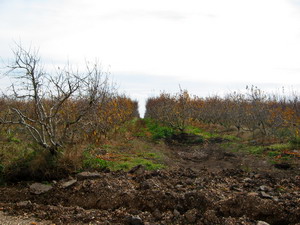 Environmental dangers from over use of herbicides and pesticides in commercial, intensive farming has been known for years. One of the first warnings of damages from the use of pesticides in modern agriculture came from American novelist Rachel Carson in 1962 with her book The Silent Spring. Ms. Carson’s thought provoking book portrayed a bleak future in regards to birds and other wildlife that were being killed or mutated due to the over use of both pesticides and herbicides by farmers. Though written more than 40 years ago, she predicted that the ongoing effects of these chemical agents would be so far reaching that people might one day experience ‘silent springs’ devoid of song and migratory birds that herald the changing of the seasons.

Though Ms. Carson’s warnings have not completely come to pass, the use of carious chemical agents, not only by agriculture but also by many people on their own lawns and garden plants, eventually find their way into the water that we drink, resulting in health hazards ranging from birth defects to cancer. Many studies have been made relating to environmental damage caused by these chemicals, some of the more common ones being sulfonylurea (SU) and atrizine types of herbicides which are used by farmers as ‘weed killers’ for crops such as corn and soybeans – both important food crops. These herbicides eventually find their way into ground water aquifers, and have been shown to cause a number of health problems in humans ranging from learning disorders to over aggressive behavior patterns. A well known pesticide, DBCP, was once wide used in American states such as California and Iowa. This pesticide, though now banned in most places still causes a number of diseases and health disorders, including male infertility (the main effect it was supposed to have on insects, rodents, and other pests).

In Iowa, for example, a study made in 1966, only four years after the publication of Ms. Carson’s book, it was found that more than half of that state’s ground water was already contaminated by weed killers. The situation in many other states in America is as bad or worse as intensive commercial farming methods still use many of these chemical agents in order to increase crop yields.

Organic farming methods, though still on a much smaller scale than that of commercial agriculture, is showing a better way to grow crops without causing harm to the environment. By changing to an organic lifestyle, including the care and maintenance of one’s own lawn and garden, people can help contribute to preserving our environment and improving our health as well. It’s a small start, but by eliminating insect sprays and weed killers on our own properties we can contribute to improving our planet’s eco-system.