With America Recycles Day rolling in on Monday, now might be a good time to contemplate the impact of digital technology on waste.

Try and visualize the obsolete cell phones, TVs, computers, modems, and tangle of wires sitting somewhere in your home; I would guess many have electronic stuff around collecting dust. The EPA estimates that there were 2.25 million tons of PCs, peripherals, TVs, and phones discarded in 2007, nationwide and e-waste is the fastest growing category of waste. 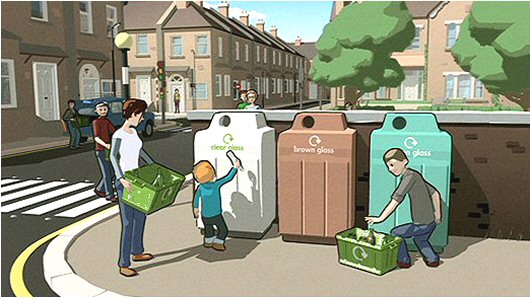 Now, think about what all of this tech equipment is made of: more than 1,000 materials go into the making of electronics, some of which are nasty chemicals, according to the Electronics Takeback Coalition. Heavy metals, including lead, cadmium and mercury, are standard fare for the insides of Television’s, computers, and other electronics.

There are many health risks during the production of these products, though the greatest potential health impact is at the end of life, according to ETC. In order to avoid getting these toxins from stinking up landfills or being burned at incinerators, it is important to recycle or donate them.

First, you’ll want to recycle and collect the electronics already in your possession. Cell phones are the easiest thing to recycle, because many manufacturers will pay for shipping to return old phones and many stores now offer drop-off bins. Work through all of the junk in the house, and good luck!