The federal government will be turning a cold shoulder to clean-air campaigning as more climate change deniers will find a new stage and microphone on the Hill.

So what are some doing to fight back?

Alden Wicker of the Huffington Post has an interesting scoop: while the federal government may be “hamstrung by man-made climate change deniers and dirty energy lobbyists,” several steadfast state governments are going-it-alone on the righteous crusade. Big Oil’s Proposition 23 was recently crushed by California voters, and the Western Climate Initiative, spawned in 2007, will successfully unite seven states and four Canadian provinces in a large emissions market by 2012. 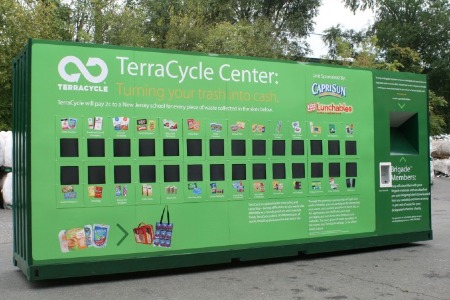 Meanwhile, on the corporate front, a number of New Jersey Wal-Mart parking lots now have a method for making alchemical monetary profit of consumer product waste.

Terracycle has installed the Store Collection Systems“, a 20-foot trailer which accepts all kinds of packaging that cannot be recycled in the normal domestic blue bin. They take the mostly plastic waste and turn them into products to resell in stores and online; making mostly bags, pouches, coolers, picture frames and fertilizer.

Terracycle pays three cents for every piece of waste deposited. Wal-Mart, who already participates in other forms of sustainable business is happy to have Terracycle in their parking lots.

Since their launch in 2001, Terracycle has reclaimed more than $1.85 billion pieces of non-recyclable packaging.

If you are not in the New Jersey area, you can send Terracycle your waste by mail; the shipping cost will be on them.