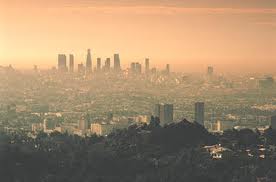 Researchers have long suspected that polluted air can cause health problems. Recent studies are now substantiating these claims. The new study suggests that exposure to ozone can lead to heart complications and even sudden death in the most extreme cases.

Ozone is a common pollutant found at ground level. It is created when smog and waste from vehicles and factories react with sunlight. It is believed that even short-term exposure can put people at a greater risk for heart disease, especially among older people. The study shows even as little as two hours of exposure to ozone may be enough to cause inflammation, which is associated with heart attacks.

While previous studies exist, most of them are on the effects ozone has on the lungs and how it impacts the respiratory system. The newest study consisted of 23 participants who were either exposed to ozone or clean air. The exposure lasted two hours and was administered every two weeks.

Researchers monitored the heart immediately after exposure and again the morning after. The results showed that those exposed to ozone showed a decrease in cells that play a key role in reducing blood clots. They also showed a change in heart rhythm and an increase in inflammation. All volunteers were young and healthy adults, so there was no serious risk involved. However, the implications can be much more severe for older individuals.

Experts say that people can reduce their risk of exposure by spending less time outside, especially during high temperatures when ozone levels are at its peak.

According to the World Health Organization, roughly two million people across the globe have died prematurely from heart complications as a result of ozone exposure. The Environmental Protection Agency has released information on air quality on its website as well as tips on how people can limit exposure.