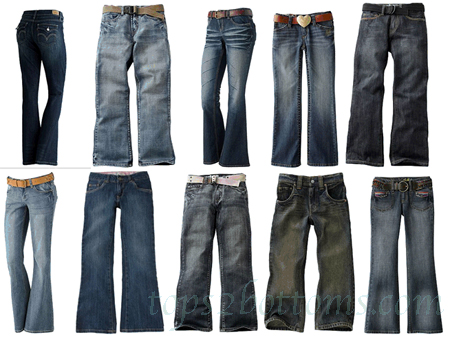 Just about everyone would like to make a contribution to help out the environment in every small way they can. For most people, this simply means throwing that empty cereal box in the recycling bin instead of the trashcan. Those who really take the issue to heart and have the financial resources can take it a few steps further and have their home fitted with solar panels or drive an electric car.

There is now a whole new way the average person can make more of a difference and it is even easier than recycling. To make a positive environmental impact, all people have to do is wear a pair of jeans. Yes, that is right; wearing a pair of jeans in public can actually help the environment.

Scientist Tony Ryan and fashion mogul Helen Storey have worked together to come up with a brand new pair of jeans that are described as “super cleaner denims.” The two discovered that a dangerous pollutant known as titanium dioxide can stick and cling on to denim like a magnet. Once the compound is on the jeans, it can be completely neutralized when the jeans go in the washer.

Ryan and Storey are currently working on a project called Catalytic Clothing, which is a line of fashion apparel with a theme on environmental awareness.

Roughly 1.3 million people die prematurely as a result of exposure to toxic emissions, which are produced mainly from vehicles and factories. Poor air quality can cause asthma and respiratory illnesses.

There is still much to be studied though theoretically speaking, people in the future can actually protect the environment simply by walking around in their favorite pairs of denims. This seems like a completely plausible scenario given that there are more pair of jeans than there are people in the world. This finding combines fashion with environmental awareness; it is the best of both worlds.