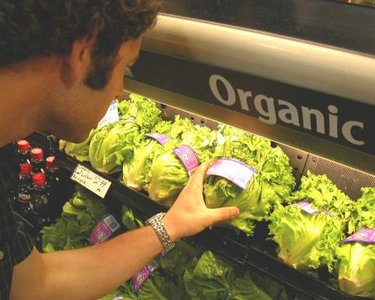 Organic food has often been touted as being superior to conventional foods, which have been extensively modified through the spray of pesticides and being genetically modified in laboratories. Despite costing more, more people are beginning to spend more on organic produce, dairy and meat for their perceived superior health benefits. However, those perceptions are now being challenged after a study concluded that organic food is no more nutritious than normal foods.

The study was conducted at Stanford University where the nutritional content of organic fruits, vegetables, dairy, meat and nuts were tested and compared with their conventional counterparts. The results showed that in terms of nutritional content, the organic foods were no better than the normal ones.

Does this mean that consumers are throwing their money away by buying organic? Not quite; while organic and conventional foods may be equal in terms of vitamins and nutrition, organic options are free of fertilizers and synthetic pesticides as well as artificial hormones and antibiotics. Organic farms are also required by the U.S. Department of Agriculture to allow their livestock to graze freely in pastures instead of keeping them cooped up in cramped cages and stables.

The study did, however, conclude that most organic foods do have a slightly higher concentration of phosphorus. Organic chicken and milk also had slightly higher amounts of omega 3 fatty acids. Furthermore, conventional produce and fruits did show higher traces of residue from pesticides. In addition, organic meat and poultry were less likely to contain traces of bacteria that were resistant to antibiotics.

The verdict is still out there on the validity of organic foods and whether it is really worth the extra cost. That is something the consumers have to decide for themselves. The study, however, does give shoppers something to think about when they make their next trip to the grocery store.