Sustainable and renewable sources like solar and wind could supply up to 80 percent of the planet’s energy requirements by 2050 as well as play a role in fighting global warming. 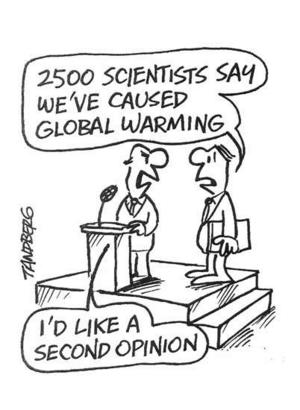 But the U.N. Intergovernmental Panel on Climate Change say that in order to achieve that level, governments would have to spend much more money and introduce policies that integrate renewables into existing power grids, promoting their benefits in terms of improving public health and reducing air pollution.

After a recent four-day meeting, governments endorsed the renewable report Monday. The report reviewed solar energy, bio-energy, hydropower, geothermal, ocean energy and wind. However, they did not consider nuclear, the recent nuclear accident in Japan was not mentioned nor did it have any impact on the report’s conclusions.

The Intergovernmental Panel on Climate Change has said swift, deep reductions in use of non-renewables and non-sustainables are needed to keep temperatures from rising more than 3.8 degrees Fahrenheit (2 Celsius) above preindustrial levels, which could trigger climate catastrophes.

Recent research shows evidence of truth to the Sodom and Gomorrah story. Five miles out from the shore of the Dead Sea, near to the center of that mysterious body of water, an international team of scientists from Israel, Switzerland, Germany, Norway, Japan and the United States have been drilling beneath the seabed with the hopes of digging up a record of climate change and earthquake history, which would stretch back half a million years.

The 40 day project, led by Israel and bank-rolled by the International Continental Scientific Drilling Program, based in Germany, culminated in finding a wood fragment, roughly 400,000 years old and a layer of gravel from a mere 50,000 to 100,000 years ago. These findings evinced that what is now the middle of the Dead Sea was once a shore.

The objective of the experiment was to extract a geological core that might supply information of global importance on natural processes and environmental changes.

The Dead Sea, in Israel, sits in the deepest, largest basin in the world. The scientists drilled at the center because they assumed the sediment accumulated there had always been underneath the water and the better preserved for never having had exposure to the atmosphere.

The first borehole reached nearly 1,500 feet below the seabed until the drill-head actually died. That hole produced scores of plastic tubes filled with continuous segments of sediment. They will be sent to Germany for analysis.

The varying layers of mud and salt seem to represent both wet and dry periods, respectively. The gravel at the bottom was similar to what is found today on the shores of the Sinai Peninsula. While the Dead Sea’s levels have dropped, purportedly because of human intervention, the famous body of water had in history reached yet lower levels and still managed to bounce back. 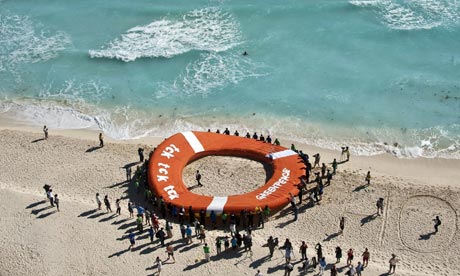 Climate talks in Cancun, that were four years in the making, successfully sparked a new deal on climate change. About 175 nations agreed to salvage the disappointing results of the Copenhagen.

The extra sessions, of at least a week long each, and a linked plan to prepare new draft U.N. climate texts would help pave the way to the next annual meeting of environment ministers in Cancun, Mexico, November 29-December 10.

The agreement will help prevent deforestation, promote the transfer of low-carbon technologies to developing countries and, by 2020, establish a green fund, worth $100bn (£63bn) a year.

Under the agreement, substantial lessening of carbon emissions will keep global temperature rise to 2°C–and possibly build up that target to 1.5°C.

The problem is: the amount of emission reductions being pledged are insufficient to meet that goal. They are now roughly at 15% below 1990 levels by 2020 when 40% is the amount needed.

The establishment of the Green Climate Fund, led by 24 representatives from both developed and developing nations, equally divided between the two, money from wealthy nations is to be distributed to poor nations to assist with climate change mitigation and adaptation. $30 billion in assistance money has been pledged by the European Union, United States and Japan, in addition to $100 billion a year starting in 2020.

When age-old border disputes become resolved, peacefully, there is cause for celebration. At the very least, you can count on some sense of relief. But the end of the wrangle between India and Bangladesh over a tiny island located in the Bay of Bengal actually spells cause for concern on a global scale.

Neither side was victorious because there is no island left to fight over. Instead it was claimed by a third contender: rising sea levels.

The small and uninhabited island, New Moore by India and South Talpatti by Bangladesh, has all-together dropped out of sight in the Bay of Bengal.

Scientists are ascribing the disappearance to climate change and erosion. For many years, the roughly two-square mile island was claimed by both India and Bangladesh, but perhaps more ironically than tragically, climate change has erased the dispute.

The submerged island is not the first to be swallowed by rising sea levels in the region, nor will it be the last. Another, larger island, Lohachara, disappeared from the Bay of Bengal around 1996, forcing thousands of residents to flee from their homes as “climate refugees”.

As concern accumulates for these and other islands and low-lying coastal regions around the globe, it is important that responses to climate change address not only future plans for reducing greenhouse gas emissions, but also practical approaches to immediate threats.

To find out what you can do to help, click here.