Largely brought on by obvious security incentives, the Jewish Country in the Middle East, Israel is uniquely poised to become a world leader in the field of alternatives to oil.

Last year, around the time of the Climate Summit in Copenhagen, Israeli Prime Minister Binyamin Netanyahu declared that Israel would find a substitute for oil in the next 10 years – despite that country’s relative (enough for self-sufficient success at best) surplus.

Well this year, he is recalling the promise which he made in that green year.

A national plan for developing alternatives to crude oil will be proposed by the Israeli prime minister to his cabinet this week.

Under the auspices of Dr. Eugene Kandel, head of the [Israeli] National Economic Council, the new plan will invest $53.3m a year over the next 10 years in financing research and development for companies involved in the quest for alternative fuel.

The plan also calls for government money to be supplemented by donations from the private sector at $48m a year. 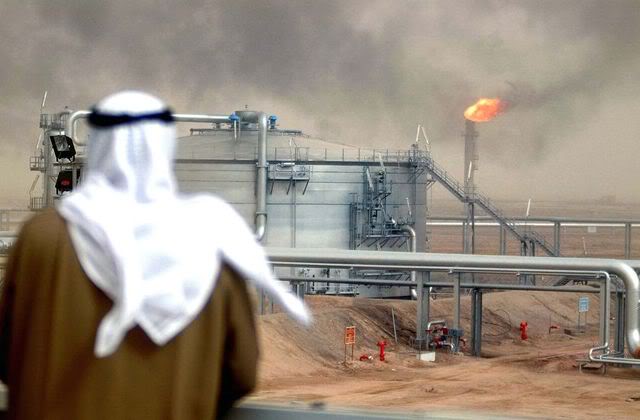 In Israel, 60% of all oil is used in transportation and electricity claims only 5%. The latter statistic is due to that country’s large switch to coal, natural gas and other fossil fuels for electricity during the oil crisis of the 1970’s.

25% of oil is actually spent on petrochemicals, fertilizer and other oil-based products.

– Foreign oil is produced largely by countries which do not have cordial relations with Israel – some of which are even said to fund terrorist activity against her.

– Transportation is responsible for about 40% of greenhouse gases, and massive amounts of air pollution – this, as we are all aware, has adverse affects on the health of a population.

– The price of foreign oil is expected to rise even from its formidable price (and beneficially so) soon. In fact, projections predict oil prices rising to $130 a barrel by 2030.

Israel admits that it uses between 75 to 100 million barrels a year.
Israel’s new plan now calls for the appointment of a project manager with expert staff in the Prime Minister’s Office to emphasize the national need for the task.

Evo Morales
Evo Morales President of Bolivia, presented what is possibly the most ambitious rhetoric, to come out of Copenhagen thus far, when he made the demand that world leaders not only agree to limit the global temperature increase over the next century to 1 degrees Celsius, but further that rich countries should pay for climate change ‘reparations’, and proposed a climate court of justice, where countries might be prosecuted for climate ‘crimes’. 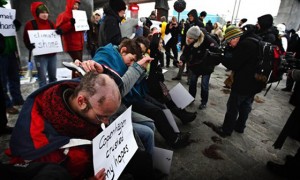 “Our objective is to save humanity and not just half of humanity. We are here to save mother earth. Our objective is to reduce climate change to [under] 1C. [above this] many islands will disappear and Africa will suffer a holocaust.”

This character rose to global environmental hero status when he held an official Maldives cabinet meeting underwater in October, bringing attention to the devastating impact that climate change will have on low-lying coastal and small island nations such as his.

“If (former Vice President) Dick Cheney can argue that even a 1 percent chance of a terrorist attack is 100 percent justification for preemptive action, then surely, when scientists tell us that climate change is nearly a 100 percent certainty, we ought to be able to stand together…and join in an all out effort to combat a mortal threat to the life of this planet.”

The Radiohead frontman asked world leaders to “get their shit together.”

The executive director of Greenpeace has congratulated activists for the role which they have played in bringing climate change to the public eye, and has called for a “Fair, Ambitious and Binding ‘treaty.’ Not a ‘deal’ or ‘agreement’ but a ‘treaty’.

Chair of Friends of the Earth International and Nigerian environmentalist Nnimmo Bassey brought the perspective of less-developed countries into focus by saying stuff like, “the impression that we came to COP 15 to beg for money is wrong, no we came to ask for climate justice, since Africa in particular has been put in a critical crisis situation we did not cause.” Bassey was refused entry into the Bella Center, which sparked outrage about the restricted access in general.

The President of Israel, Shimon Peres arrived in Copenhagen and delivered a speech on Thursday at the high-level portion of the UN sponsored climate conference. He declared that Israel is setting forth a goal to lower their green-house gas emissions by 20% by the year 2020. That is not to reduce the country’s levels 20% from what they are now, but a pledge to reduce the growth of further emissions by 20%.
Mckinsey & Co. was commissioned by the Environmental Protection Agency to do an analysis of Israel’s gas emissions. 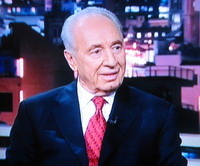 According to the analysis, it would be impossible for the country to stop increasing its emissions altogether. What is possible, instead, is slowing the growth of future emissions. McKinsey has conducted such analyses for more than 20 countries around the world. Israel President Shimon Peres’ speech was in contingency with their respective analysis.

Peres said this during his speech:

“Peace demands of us to demarcate borders. Climate calls for action regardless of borders. The Mediterranean requires a multilateral taskforce comprised of scientists and experts to build environmental cooperation, independent of political disputes…I call upon our neighbors, even those with whom we have not yet reached diplomatic relations, to join hands in an effort to save our region. Political disagreements should not hinder environmental cooperation. Carbon molecules carry no passport. Rivers require no visa. Pollution travels with them…All of us – Jews, Muslims and Christians pray that the Jordan River will flow, fresh and holy. My call is the call of the bible upon Adam, to ‘cultivate and preserve the Garden of Eden…”

“Israel outstretches her hand to her neighbors. To nations inside and outside the Mediterranean to partake in our global laboratories and employ Israel as a pilot plant of environmental trials. The government will make proper arrangements to facilitate international participation.”

The EU environment spokesman Andreas Carlgren says informal talks at Copenhagen resolved the impasse. The European Union says poor countries have stopped their boycott of climate change negotiations at Copenhagen and have found a solution to their dispute with rich nations. 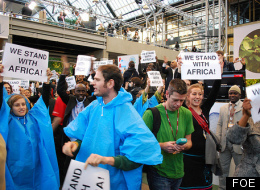 Until the issue gets resolved, 135 nations are refusing to participate at the 192-nation summit. The African-led movement is a large setback for the Copenhagen Climate Change Conference proceedings – and the discussions were already beginning to limp on faulty relations between rich and poor nations.

Poor countries, supported by China, had raised suspicion that the conference was likely to kill the 1997 Kyoto Protocol, which limited carbon emissions by wealthy countries and imposed penalties for failing to meet those targets.

The poorer nations want to extend that treaty because it commits rich nations to emissions cuts and imposes penalties if they fall short. The United States withdrew from Kyoto over concerns that it would harm the U.S. economy and that China, India and other major greenhouse gas emitters were not required to step in line.

An African delegate said developing countries decided to block the negotiations at another meeting, hours before the conference was to resume. He was speaking on condition of anonymity because the meeting was held behind closed doors. He said applause broke out every time China, India or another country supported the proposal to stall the talks.