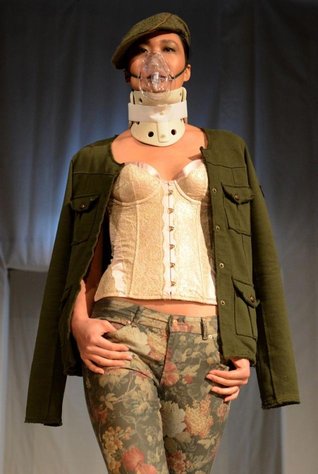 A “toxic” fashion show was held in Beijing to spread public awareness about the apparel industry, which is being targeted for its use of hazardous chemicals.

The fashion show was organized by Greenpeace; the organization recently released a study that shows that as many as two-thirds of apparel that are manufactured contains traces of dye that can be harmful to the environment.

The campaign group is now pushing for action to have all fashion apparel companies to agree to produce eco-friendly apparel by the year 2020. This will require suppliers to look for alternatives that do not release toxic chemicals into the atmosphere.

According to Greenpeace, it tested 141 pieces of apparel from 20 top apparel manufacturers with a global presence. Each garment was tested for chemicals that may pose a threat to human health or the environment. The clothing are manufactured from 18 countries, most of which are from developing nations.

The findings showed that 89 of the garments showed traces of nonylphenol ethoxylates, which can break down and produce chemicals that can disrupt hormones in the body. In addition, two of the garments also contained detectible levels of toxic phthalates, which is commonly found in dyes and can cause cancer.

For the toxic fashion show, one model toted an IV bag with orange slime oozing out; another model wore a neck brace along with an oxygen mask. A third model wore black powder on her eyes to simulate the appearance of bruising and had her arm in a sling. The purpose was to make a grim statement and visualization of the adverse environmental and health impact that the apparel industry is causing.

As the fashion season approaches, more clothes will be purchased and discarded, which means they will likely end up in the landfill where the chemicals from the garments will be released into the air.