When you have an abandoned mine that has been leaking lead, zinc, iron, nickel, and a whole other bunch of minerals for years, into a stream that feeds wildlife, you’ve got the perfect equation for what is called an environmental catastrophe. But design a natural way of filtering all that stuff out, and you have an organic water treatment system. 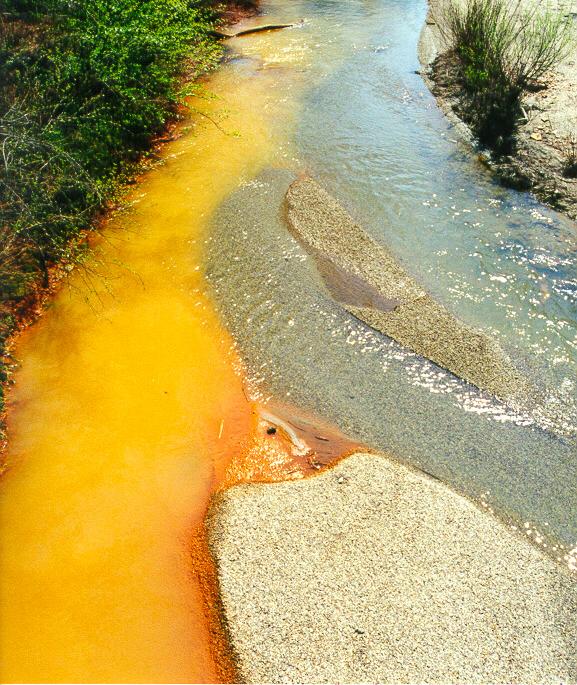 So far, they’ve cleaned up one fifth of the problem in Tar Creek, located just north of Miami, Florida.

“One-fifth of containment is pretty significant,” said Robert Nairn, one of the directors of the project. “I believe it is a successful project but we will know more when we come back in five years.”

Here’s how it works. They’ve got ten ponds operating since November of last year, designed to remove 200 pounds of aluminum, 40 pounds of arsenic, 105,000 pounds of iron, and 6,000 pounds of zinc a year. In 30 years, they plan to clean the entire thing.

It is powered by solar panel and windmill, making no use of fossil fuels whatsoever. The system brings the mine water from a U-shaped pond, where it is so polluted it is bright orange. From there, the iron is filtered out, and the water flows to a pond filled with a foot and a half of limestone followed by the same thickness of organic material. These layers further filter out contaminants.

And if it’s self powered, why not stick this then wherever old mines are found? I really think that the human race is starting to understand the importance of these little projects.