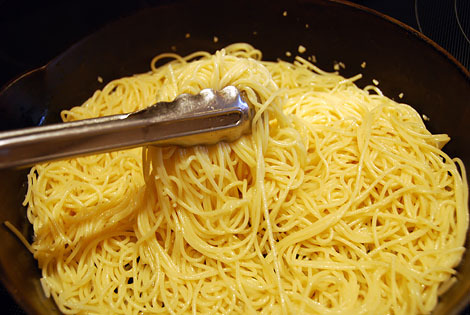 Sure, they may be high in carbs, but who doesn’t love their morning bagel, the pasta at dinnertime and the Mac-and-cheese they serve their kids? If you are among those who have to have a serving of rice or bread with every meal, then you might be alarmed to hear that global warming may soon make it harder to obtain the food that has become such a main staple in our diets.

Pasta and bread are derived from wheat, and scientists are in near unanimous agreement that climate change can have a drastic impact in its production especially as temperatures continue to rise and droughts become increasing severe.

Global warming is responsible for extreme and violent storms as was evident in the aftermath of Hurricane Katrina and Sandy. However, powerful hurricanes and flash floods are not the only worries. Rice, wheat and corn are the foods that most populations around the world rely on. These three are basically crops that grow optimally during the cool season.

Wheat production has declined by over five percent in the last 50 years. This is believed to be attributed to the one degree Fahrenheit increase in global temperatures. Some experts project that wheat production will decline by another 23 to 27 percent by the year 2050 if no actions are taken to curb the rise of climate change. Currently, there is action that is being taken to develop different crop systems that are able to tolerate and thrive in warmer temperatures.

This past July was the hottest recorded summer in U.S. history. This has led to a decline in soybean and corn production, which has caused massive protests all over the world over rising food costs. Unless swift action is taken, out future may be devoid of the food we take for granted today.