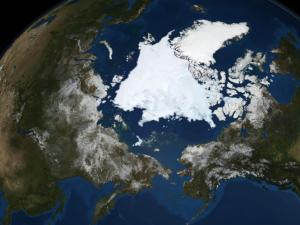 This year has been marred by unusually hot weather. Scientists are attributing this to climate change that has been brought on by man-made conditions.

The assessment was partly headed by James Hansen, the director of the Nasa Goddard for Space Studies. Hansen was present for a U.S. senate meeting in 1988 where he gave a grim prediction for the environment if changes are not made. Now, more than 20 years later, he is saying that the current condition is worse than his 1988 prediction.

Hansen went on to say that he miscalculated how rapidly the rise of global temperatures would lead to extreme weather. Further studies also show that temperatures have risen by about 1.5 degrees Fahrenheit in the past 100 years.

The assessment supports the findings from a separate research that rising greenhouse gas emissions increased the occurrence of severe heat waves, floods and droughts. Texas and Oklahoma have suffered from extreme droughts in 2011. Similarly, Europe underwent a series of heat waves in 2010 with Russia going through the same back in 2003. This is all due to the effects of climate change, according to Hansen.

Even Richard Muller, a scientist and once die-hard skeptic of global warming, has now completely switched on his position, saying that the new data has convinced him that there is a serious problem being brought on by climate change.

Both Hansen and Muller are in agreement and certain that the climate change is completely man-made and brought on by pollution and the the gargantuan consumption of fossil fuels. They say that natural causes can most certainly be eliminated as the culprit

The findings are disturbing to say the least. Unless drastic measures are taken, one can only imagine how much worse the environment will be by the time we reach the generation of our children and grandchildren.