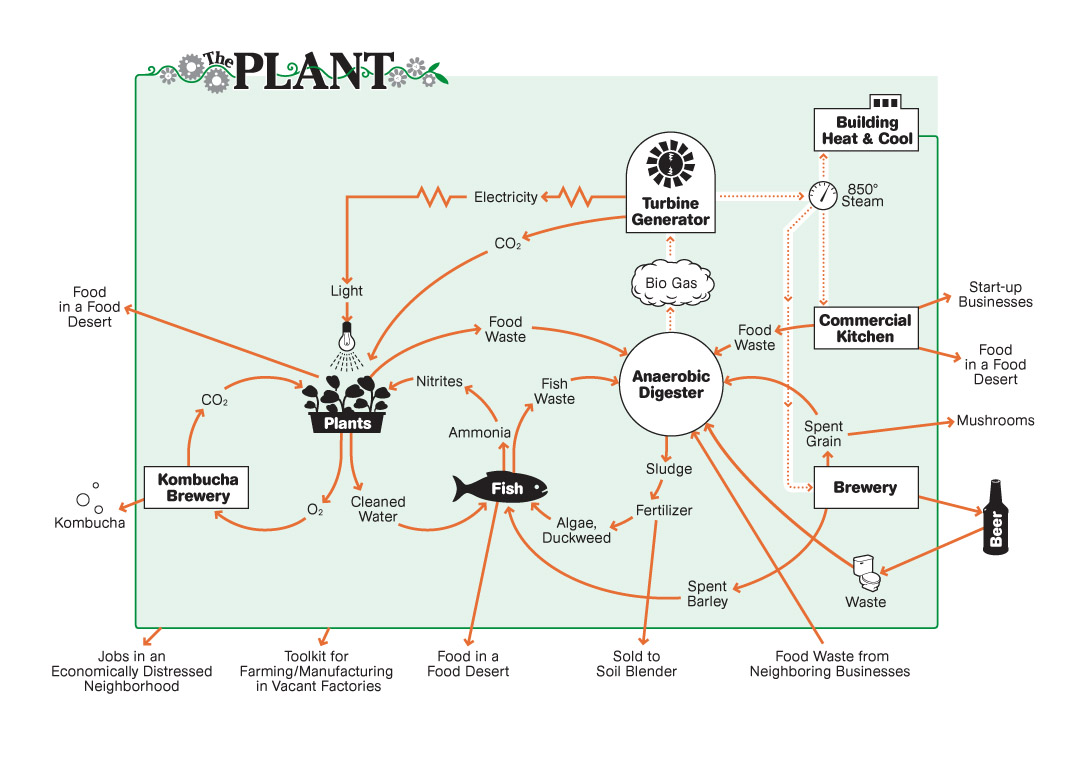 For many years, Jesse and Samuel Edwin Evans brewed beer at an independent brewery in Northern California. Now they’ve come to Chicago.

Part of a massive vertical farm in an old South Side warehouse, the location of the new brewery will house one of the most sustainable beer-making processes in the world.

Summer before last, John Edel and Bubbly Dynamics LLC purchased the former Peer Foods meat processing plant in the Back of the Yards neighborhood. The Plant, is a true green machine, a combination of biological and technological innovations of self-sustaining, off-the-grid food production system.

The Plant gives the following diagram to summarize its inner workings on its website:

The “brewery” portion on the bottom-right is where the Evans brothers come in. Their New Chicago Brewing Company will use some of the facility’s resources, and provide its waste products as fuel.

The steam will be especially helpful to the Evans brothers.

“If you put it in perspective, we’re going to be using a 3,000-gallon pot that we boil for two, three hours.” Instead of having to burn gas for the boil, the steam will do the trick. “So that’s a huge cost savings…Microbrewing is usually a closed-door thing…Here, beer nerds are going to get to be a part of the process.”