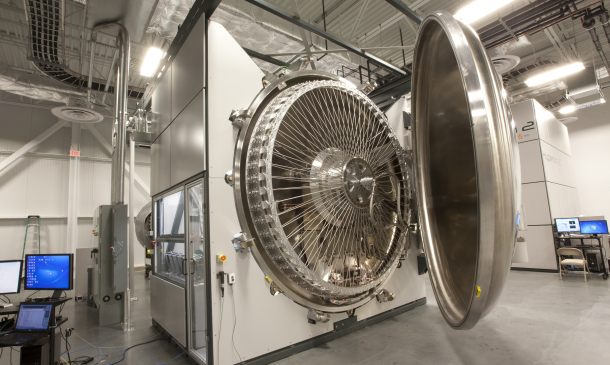 The world of solar energy is one of the most vibrant energy production technology on the horizon. The reason is simple, it’s a green technology, providing power without any of the current side effects of coal burning or other methods used today. As such, it’s not surprising that many companies are trying to get solar energy production to be more efficient, and putting a lot of thought into manufacturing models. It seems now that Twin Creek, a small company in California, found a way to reduce the code of producing solar cells by almost half, and create these cells to be flexible, which would allow them to be integrated into buildings without the need to find perfect angles.

The basic problem with solar cell production is that when a silicon wafer is created in order to create the solar cells, it’s hard to get it thin enough. The current limit is around 200 microns, under which the silicon sheet starts to brittle. But now, Twin Creek has developed a new manufacturing technology, and a new machine that can create these wafers to be around 20 microns. The process uses hydrogen protons which get sent against the sheet of pure silicon, and creates bubbles which helps peel off sheets off of the material, without causing problems. The method isn’t new, and has been observed before, but the production of solar cells presented unique challenges that hadn’t been overcome before. By using modern engineering and technologies developed in-house, the company managed to create a brand new type of solar cells, and the whole process saves money on the material cost, which means the resulting solar cell costs just 50 cents instead of 85 cents.

Hyperion, the name of the machine producing these new cells, is being evaluated now by several leading solar manufacturers, and CEO Siva Sivaram is confident that it will enter production next year. The company is filled with experienced engineered, and backed by a $93 million investment from Crosslink Capital, Benchmark Capital, Artis, DAG Ventures, and a Taiwanese funding group, along with $30 million from the state of Mississippi, where they built a demonstration plant. If the machine is adopted by manufacturers, it would make solar energy much cheaper to install, often times going lower than current power consumption, which could be a breakthrough for getting a lot of people and businesses to adopt a green technology. The initial investment to actually buy the machines still involves millions of dollars, and it’s unsure yet how many manufacturers will be ready to take the jump.

Whether this advancement is what’s needed to get governments and organizations to embrace solar power fully or not, there’s no question that scientists around the world believe that humankind needs to move to cleaner, more renewable energy models, instead of relying on things like gas, petrol and coal. Technology breakthroughs like this certainly help move the world in the right direction, and make solar energy a more attractive proposition for boards and caucuses around the world.