As the world’s population is ever expanding, and conflict over land resources might intensify over the years, humanity is need of new habitable terrain. One of these options is the premise of underwater cities. 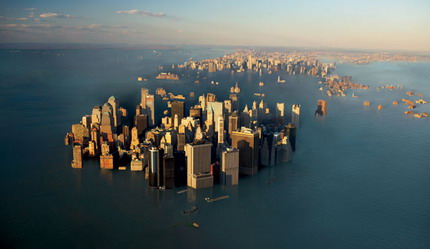 Imagine a city full of people lying on the seabed. Our first association is Atlantis, but future underwater projects don’t have to resemble what we see in the movies – i.e: a glass dome hidden many miles below the surface of the ocean. Rather, this future habitat could simply be an extension of land-based cities, stretching in tube-like formats several hundred meters into the shallow bed of the sea.

New York is a good example of such a natural expansion. Manhattan already has a well developed underground architecture, that could be extended out of the island towards the mainland, while constructing avant-garde shopping malls and a new business district in a previously unclaimed patch of land.

Is this a possible future? The ocean’s the limit.