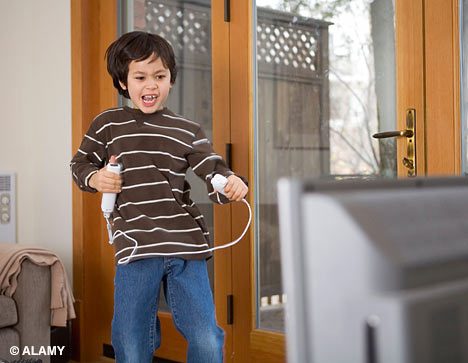 Some parents have told their children millions of times that video games will rot their brain. Like watching television or spending hours online, video games have often been linked to weight gain and obesity. While these activities don’t cause an unhealthy lifestyle directly, those who spend more time doing these things tend to spend lesser time exercising or on activities that involve physical movement.

Parents have often been urged to limit their children’s time behind a television screen. However, new research suggests that allowing your children to spend more time playing video games may not actually be a bad thing after all. Video games may actually help to increase the amount of energy your child expends daily.

By video games, the study is referring to games like the Wii, which requires the player to get off the couch and mimic movements on the screen. Children who engage in active video games increase their heart rate and oxygen intake.

While it is unlikely that these types of video games alone is enough to meet a child’s recommended daily physical activity, it can certainly contribute to a child’s physical activity levels in the short run. This is certainly positive news given the fact that obesity among children has skyrocketed within the last three decades. About one-third of children and teens in the U.S. are now classified as overweight or obese.

While playing the Wii may qualify as exercise, children should still be encouraged to get exercise outdoors. Health experts recommend that an hour or so of moderate exercise is ideal for young children and teens.