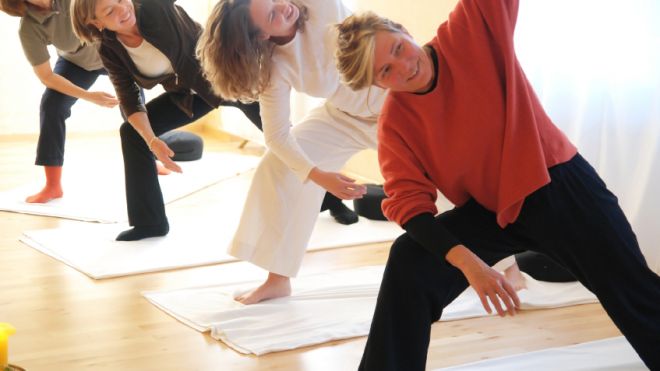 Most people who work don’t need anyone to tell them that the environment can be stressful. Having to deal with rude customers and a boss that is breathing behind your neck and constantly critiquing you can certainly raise your anxiety levels. Depending on the environment, work can also be bad for your posture. If you work at an office cubicle and sit behind a desk and pound away at a keyboard all day, then your back is going to ache.

While there are all sorts of recommendations for relieving stress in the workplace, one study found that yoga is a good remedy for reducing anxiety and can also combat back pain. The study consisted of 74 workers between the ages of 25 to 64 who reported on a questionnaire that they experience moderate levels of stress and backaches. The participants were divided into two groups, one of which practiced yoga for eight weeks.

While the study definitely provides strong evidence that yoga is a strong stress and back pain reliever, researchers admit that the yoga group may simply feel less stress due to the placebo effect. The majority of the participants were also women, which means that it may not be applicable to men.